Josh Harris Gave Me a Vocation 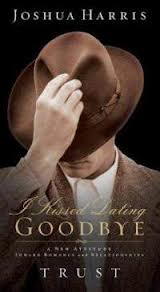 I am sure some of you remember Josh Harris. But for the rest, I’ll give a little refresher. Joshua Harris is the author of I Kissed Dating Goodbye, a book that has sold over 1 million copies. His thesis is how to develop proper relationships with the other sex so as to find a good Christian spouse.

I am sure that you all realize exactly why this was essential to my vocation. Not! Since this is probably the most serendipitous influence on my vocation, let me begin at the beginning.

I only ever had one girlfriend. Shortly after we separated amicably in high school, I read I Kissed Dating Goodbye, and realized that it wasn’t right for me to be looking for another girlfriend. In fact, my thought was that going steady with any other girls would be dishonest for our emotions because I would not be ready for marriage before I finished college. (Obviously this isn’t true of everyone but when you are as clumsy as I am yet have a pretty good head on your shoulders, it seemed best.) I figured I wouldn’t date until the end of 2nd year.

Jump forward to my 2nd year of college. I run into my friend (who had tried out the consecrated women but it wasn’t for her) with her boyfriend. We start talking and she starts harassing me that it will only be a few months before I will have a girlfriend. I responded,

“No, I don’t think I ever will.” A puzzled expression covered her face.

“I think God is calling me to be a priest. I really feel that God is calling me.” She jokes a little bit before she realizes I’m serious. Then she tells me that she always thought that might be my path.

From that encounter, I realized that God has placed Joshua Harris in my hands for this specific moment. He wanted me free when he would call me. How often God gives us little things and we don’t even acknowledge his gifts.