We Need Your Prayers For the Love of our Country 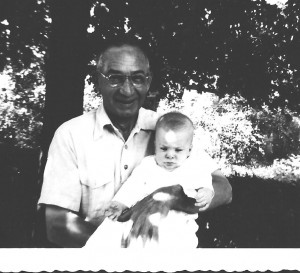 I hope you are praying for America – we really need it.

More than 40 years have passed since you died and much has changed.  You would be amazed at laptop computers, smart phones, scanners in the grocery store and all sorts of tools that would make your work – carpentry – lots easier.  Can you imagine a laser level?

But some awful things have happened since you left for heaven.  (I’m pretty sure you are in heaven.  Considering how you lived your life, if you aren’t there the rest of us have little hope.)

A few years after your death, the Supreme Court discovered in the Constitution (I’m not sure where) the right for a woman to have an abortion.  And it is a right that has been exercised more than 55,000,000 times in the past 40 years.  No, this isn’t a joke; Americans have killed tens of millions of their own babies.

In just the past week, some rather odd things have happened:

· Our President is proposing immigration reform – and we sure need it.  But included in his proposal is an accommodation for same-sex partners.  (Yes, we have lots of what are now called “gay” couples living openly — I’ll have to explain that some other time.)

· A number of American Catholic bishops have pledged to go to jail rather than obey a government requirement that Church institutions provide their employees with health insurance that includes birth control and abortion-inducing drugs.  (Sorry, gramps, I really don’t know how to explain why health insurance relates to abortion – seems rather contradictory.)

· The Federal government has approved a request by a college in Pennsylvania to sell the “Plan B” morning after pill in a vending machine.  I know this sort of pill wasn’t around in your day; a woman takes it if her birth control pill doesn’t work and she might be pregnant and it, in effect, causes an early abortion.

· The Boy Scouts are dropping their ban against gays.  (Yes, gays are what you would call homosexuals.)  We’re having a bit of a debate about whether homosexual behavior is a sin.  Just so you don’t think I’ve lost all sense of right or wrong, I think it is a sin.

· An organization that promotes abortion (must be pretty good at it, given how many we have) is running an ad campaign that suggests the decision to have an abortion is just an everyday thing like deciding how to cut your hair, what sweater to wear or what flavor of gum to chew.  (I know, chewing gum never caused anyone to die.)

· Several hundred thousand people went to Washington to march in protest against Abortion.  But the media gave 500 times more coverage to a story the news folks believe was more important:  The death of the imaginary girlfriend of a football player.  (Gramps, I’m not even going to try to explain this one.  When my brother was little, he had an imaginary playmate named Nelson, but it really isn’t the same thing.)

So, Gramps, you see that we really need your prayers.  We need your simple faith that right was right and wrong was wrong and the definitions were clearly stated in the Good Book.  We need to remember how precious life is, that it is a gift from God, from whom all good things come.  We need love, the sort of strong, quiet love you showed to grandma, our family and any soul in need who knocked on your door.  We need your prayers.

NOTE: Frank Diffendorfer was my maternal grandfather.  I never heard him swear, but when something upset him (like hitting his carpenter’s thumb instead of the nail he was aiming for) he would shake his head and mutter, “for the love of our country.”