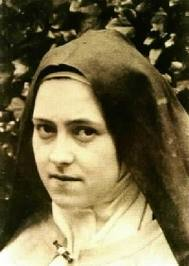 “At meditation, I was for a long time always near a sister who never stopped fidgeting with either her rosary or something else. Perhaps I was the only one who heard her, as my ears are very sharp, but I could not tell you how it irritated me.

What I wanted to do was to turn and stare at her until she stopped her noise, but deep down I knew it was better to endure it patiently- first, for the love of God, and secondly, so as not to upset her. So I made no fuss, though sometimes I was soaked with sweat under the strain and my prayer was nothing but the prayer of suffering.

At last I tried to find some way of enduring this suffering calmly and even joyfully. So I did my best to enjoy this unpleasant noise. Instead of trying not to hear it- which was impossible- I strove to listen to it carefully as if it were a first-class concert, and my meditation, which was not the prayer of quiet, was spent in offering this concert to God.”