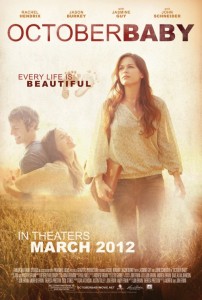 March 23, 2012, is the opening date for two movies hoping to attract a large audience of young people.  Both deal with violent subject matter, about two innocent young women who face an unjust death sentence.

The first is The Hunger Games — a science fiction drama that, if it follows well the story in the popular book series that preceded it, will chronicle what our world might be like after much of the population is obliterated in war.  Only a small portion of humanity survives in a single nation ruled by an oppressive regime called “The Capitol.”  To keep the people in the 13 “Districts” from inciting rebellion (they tried once before and failed) the districts must offer up in punishment two of their children in a yearly lottery, a boy and girl between the ages of 12 and 17, to fight to the death in the “arena” in a televised event of Reality TV at its most extreme.  Viewers will follow the tale of Katniss Everdeen, a 17-year-old who offers herself as “tribute” in the place of her younger sister Primrose.

I read the first in the series of these books to my son (he still likes having Mom read to him at age 11, and since he is my youngest, I treasure the fact I still get to do this).  I found the story very engaging and deeply disturbing.  The catch phrase of the book and now the movie is, “May the odds always be in your favor.”

The other film opens on the same date without the ready audience created by a preceding novel and with a much smaller budget. October Baby is about Hannah, a college student whose “world is rocked” when she discovers that not only is she adopted, but she is the survivor of a failed abortion attempt by her biological mother.  Hannah goes on a journey to find her “real” mother, and in turn discovers forgiveness and the value and meaning of her own life.  The catch phrase of this movie is, “Every life is beautiful.”  (Interestingly, the actress who plays the role of Hannah’s biological mother in the film is post-abortive in real life.  She says making the film helped on her road to healing…)

I suggest you see both movies – they raise interesting questions about the state of our current world, and the inevitable results of what we Catholics call our Culture of Death.  Both stories illustrate how Life always triumphs in the end.

I strongly suggest you see October Baby FIRST, and then go see the Hunger Games.  The promoters of the former pro-life film are fearful that, with good reason, if October Baby does not have great attendance on its opening weekend, the brave theaters showing the film will cancel future showings.  The Hunger Games will very likely be showing over multiple weeks and will make its producers lots of money.  And, having only read the first novel, I cannot vouch for the quality of the film.

But I was privy to a screening of October Baby, and with a box of Kleenex handy, I heartily recommend it.  And I encourage you to promote the film yourself if possible.  (Click here for a theater near you and here if you want to help promote the film.)  National Catholic Register has an article about the movie.  As its creators claim in their promotional material, the subject matter of October Baby is rarely, if-ever talked about, and the film will definitely get the conversation started.